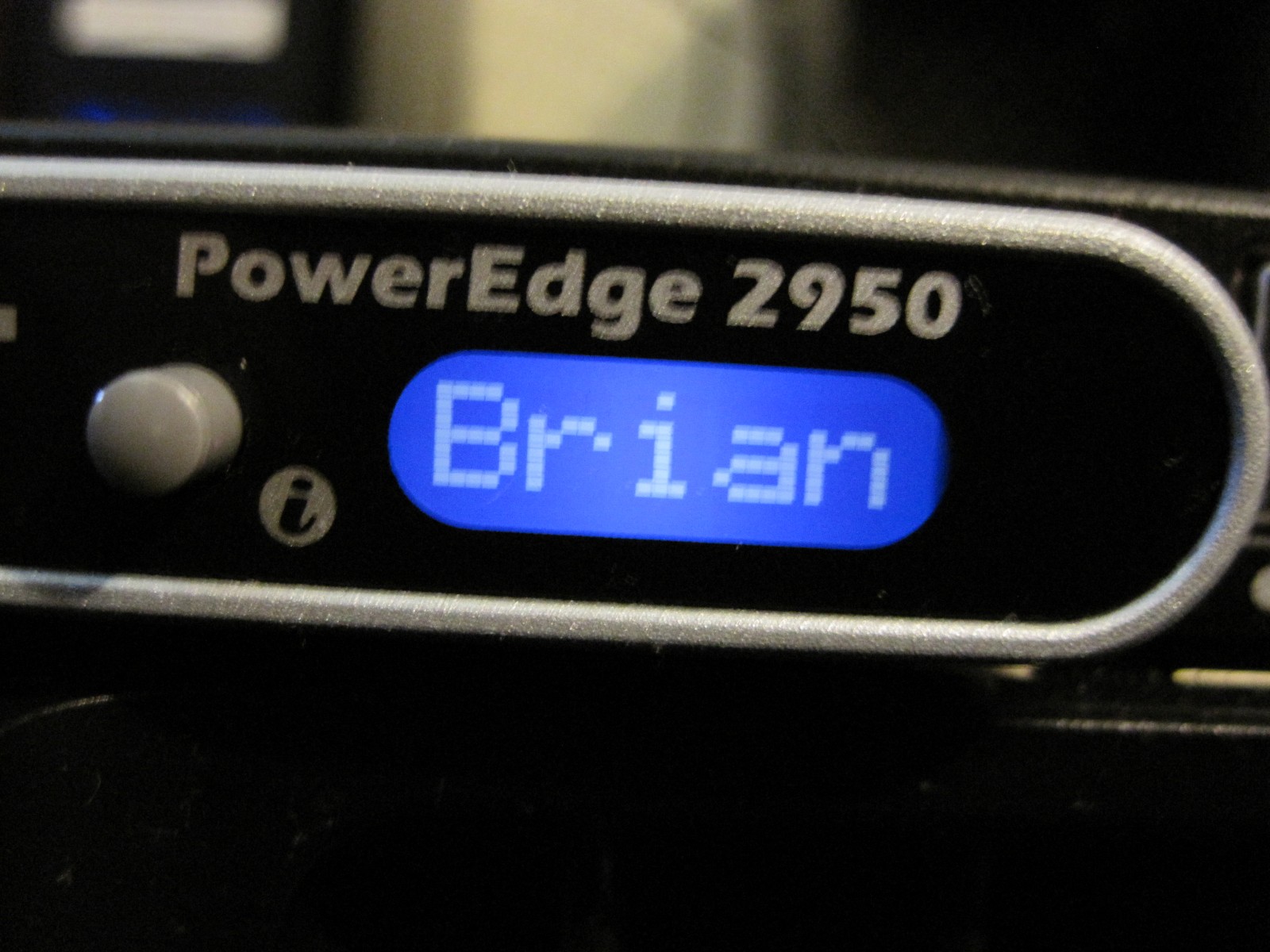 So recently I decided I wanted a server of my own which I could run VMware ESXi on at home.  Previously, my personal “server” was just an old tower system composed of whatever extra components I had laying around the house.  It had a few old hard drives, 4Gb DDR, an Athlon 4000+, and one fan…  Obviously, it has become antiquated, so its time for an upgrade!

While working with server gear in the field, I have found Intel’s RMM and HP’s iLO Out-of-Band management solutions to be extremely helpful and a technology that I just had to have in my next personal sandbox.  I also wanted something that would run ESXi smoothly, permitting me to experiment and conduct labs at home.  Initially, I was thinking about just picking up an Intel Executive Series motherboard and dropping a quad-core into it since they have Intel Active Management Technology, which is similar to RMM.  Then I had an epiphany and figured I should try to grab some enterprise-grade hardware, so I looked at the HP DL line of servers on eBay knowing that they had the iLO Integrated Lights Out functionality.  What I wanted was just outside of my price range; I was looking to spend less than $600 for a name brand, rack mount, dual processor machine with 16gb RAM minimum.  The HP DL380 G4’s were in my price range, but the technology was just too old.  I wanted Intel Xeon’s based on the Core2 architecture, not the hot, slow and old NetBurst which the Pentium 4 was based on.  In addition, I wanted a server with a SAS/SATA backplane that accepts 3.5" hard drives so I could add relatively cheap, fast storage.  For the most part, DL380 G5’s equipped to my desired specification were out of my price range.

Eventually, I ran across Dell’s PowerEdge line of servers and saw that they were readily available for a relatively affordable price.  I was eying the 2950’s with 3.5" bays, preferably a unit with a bunch of drives already so that I would not have to buy sleds to put new, bigger drives into.  Eventually I found a unit with two dual-core Xeon 5160’s at 3.0Ghz, 16Gb RAM and five 3.5" SAS drives within my price range, so I made it mine.  It did not have a DRAC card and was missing one sled so I picked up a DRAC and two sled’s on eBay for around $50.  In addition, I grabbed two 1.5Tb WD Black 64Mb Cache SATA units to serve as my large ESXi datastore.  For those of you out there who were confused by the manuals description that states the SAS sleds are different than the SATA sleds, I placed my WD SATA drives into the SAS sleds and they work just fine.  I am not sure why they have such confusing information in the hardware manual.

The first thing I did when I received the server was update the firmwares in all the components.  When I received it, the firmwares were circa early 2007 and needed some updating.  I took the BIOS from 1.1.0 to 2.7.0, PERC5 RAID from 5.0.1 to 5.2.2, BMC from 1.14 to 2.37, SAS backplane from 1.0 to 1.05, and the Broadcom NetXtreme II NIC’s from 1.8.0 to 6.2.14.  I also updated the DRAC5 to 1.60 and the DVD/CD-RW from DE05 to DE08.  In addition, I grabbed Dell’s latest SAS/SATA hard drive firmware update CD which is a conglomerate of updates encompassing any and all of the drives which they have sold.  I used the DRAC5 to mount the ISO remotely and allow it to run and update the drives and not surprisingly, all five SAS units received updated firmware.  After completing all of these updates, I cleared the CMOS and then proceeded to get my new 2950 configured and running.

I must say, the Dell hardware is all very nice.  The PERC5 seems like a great RAID card supporting RAID 0,1,5,10 and 50.  It’s interface is intuitive and I have simulated a RAID5 disk failure and rebuild and it has done so quickly and seamlessly.  It also supports hot-spares which is a great enterprise feature.  My only issue with the PERC5 is that the cache battery is dead.  However, I have already found a replacement battery on eBay and it is on the way.  Apparently, you need to disconnect the cache battery if the server is going to sit for more than a week or two.  From what I have read, the early PERC5 firmwares may have also had a charging issue.  I am sure the replacement battery, the updated firmware, and disconnecting the battery as outlined in the hardware manual will prevent this issue from recurring any time soon.

The DRAC feature is also exactly what I wanted for OOB Management access.  The only thing that irked me was that the self-signed SSL certificate expired in 2010, and there was no option in the web-GUI to generate a new one.  You could upload one or create a certificate request, but these features are geared more towards organizations running their own enterprise CA.  Eventually, after configuring the DRAC for SSH access, I SSH’ed into it and found a command which would accomplish the task of creating a new self-signed certificate.

Another benefit of the PE2950 is that it is VMware white-listed.  I feel it is very important to have white-listed hardware if you ever intend on relying on the services it runs, not only for phone support, but just for overall functionality since VMware’s kernel and included drivers are tuned for stability and performance with specific configurations.  If you are running random gear, it may work, but it may not run reliably and the issues you may have might be difficult if not impossible to troubleshoot and fix.

Overall, I am glad that I did not just buy some updated desktop gear and use it as an ESXi box.  Just the added experience of having enterprise-grade hardware at home is great, not to mention how reliable it is, knock on wood… 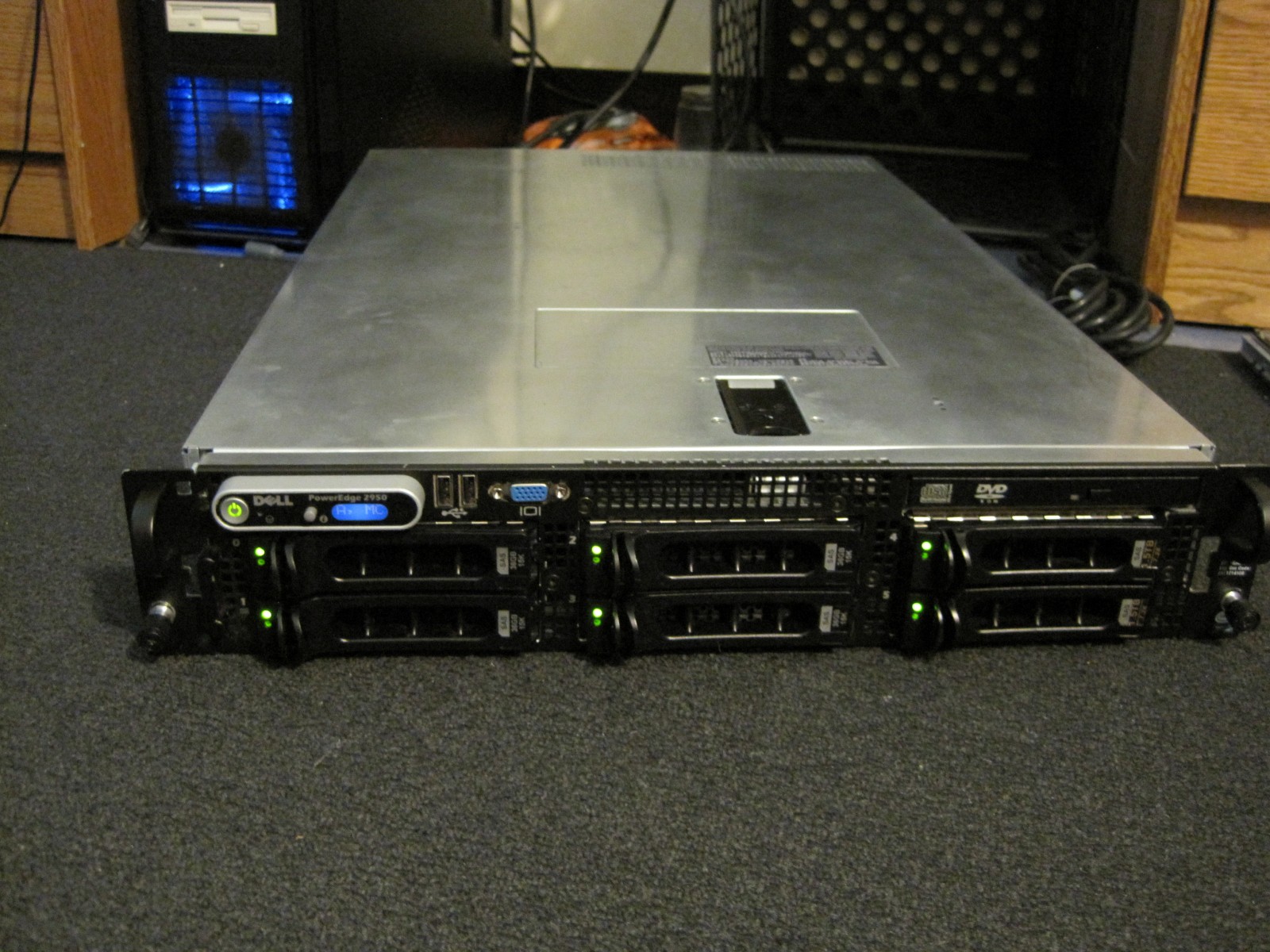 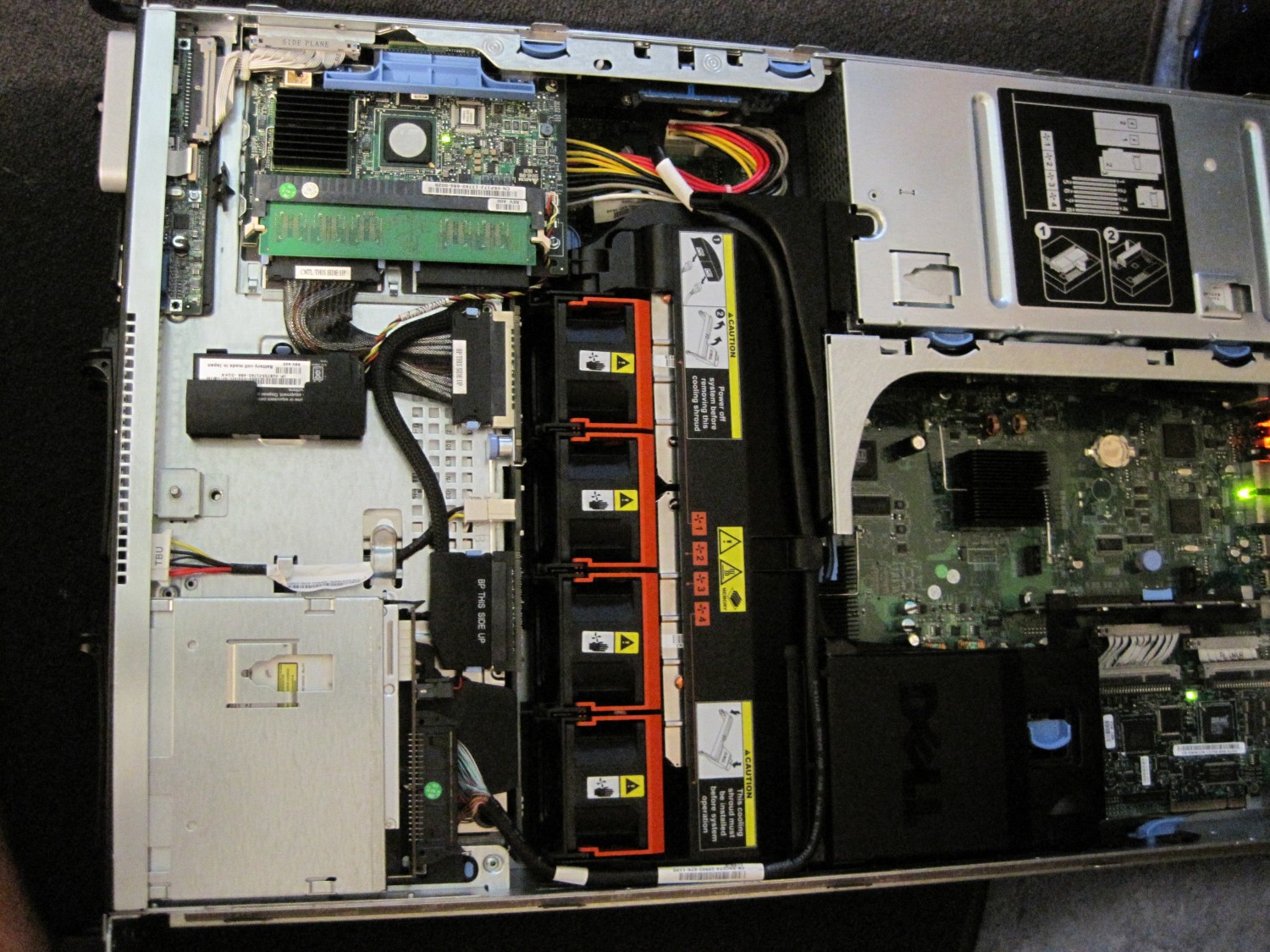 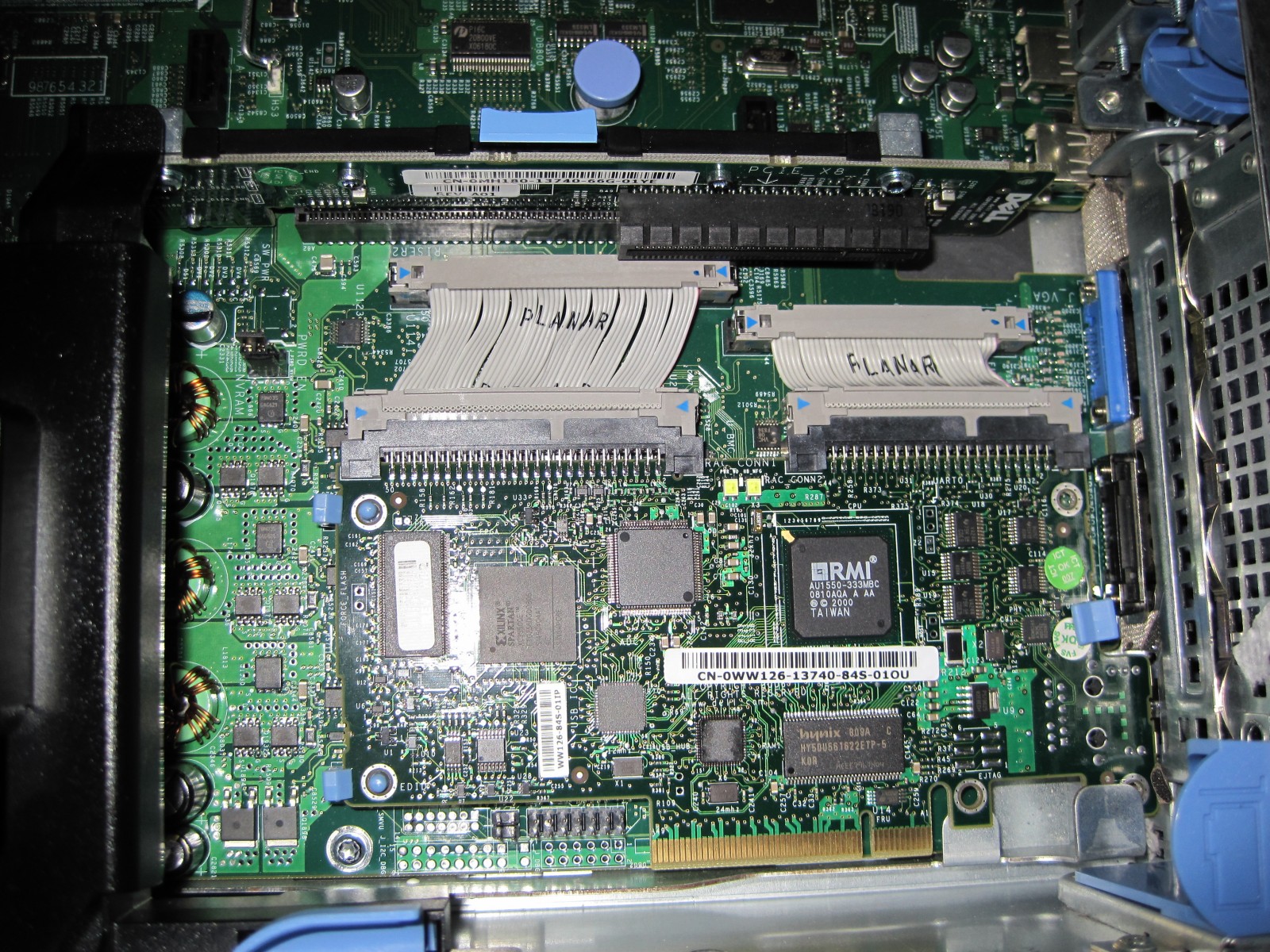 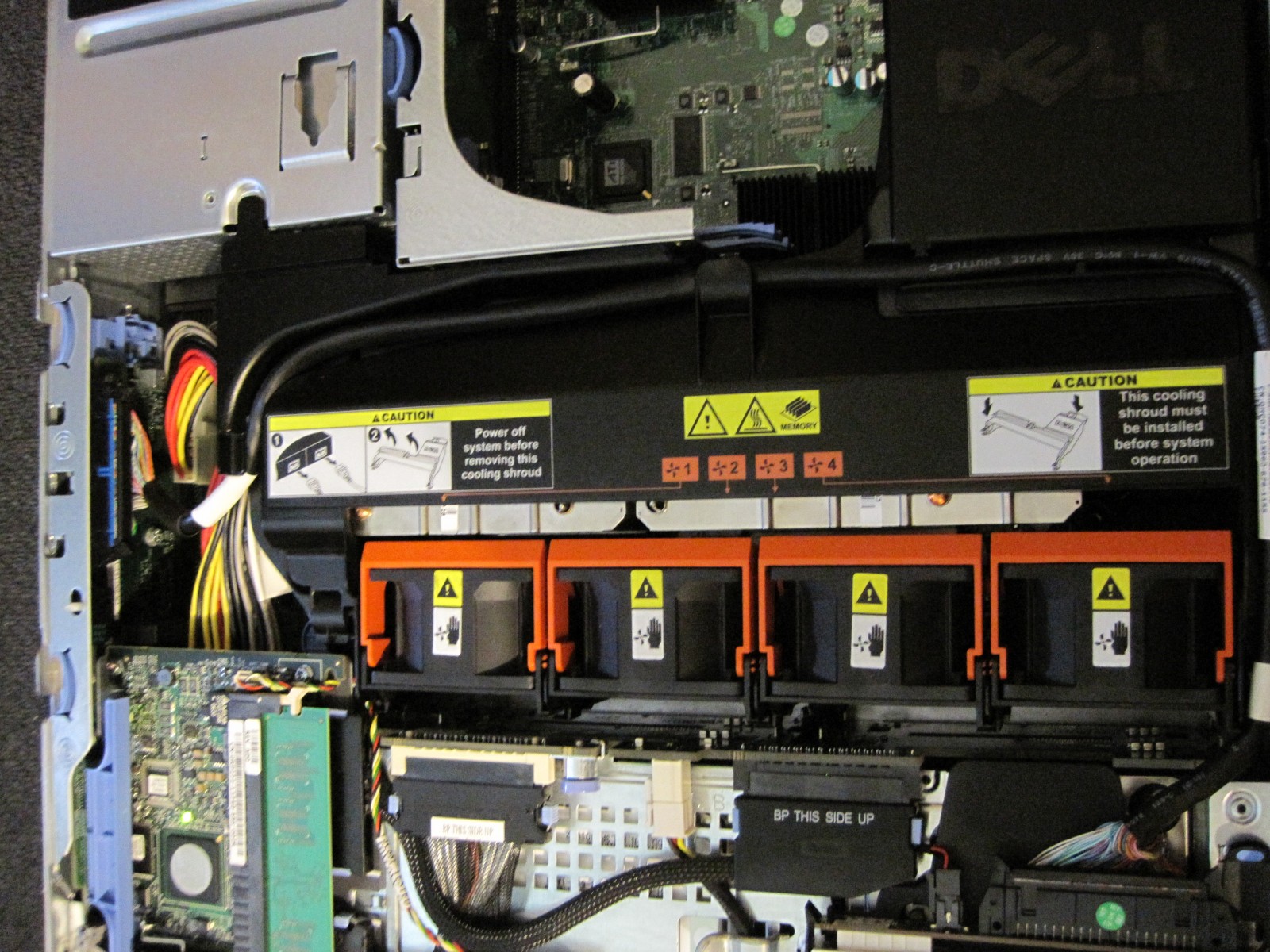 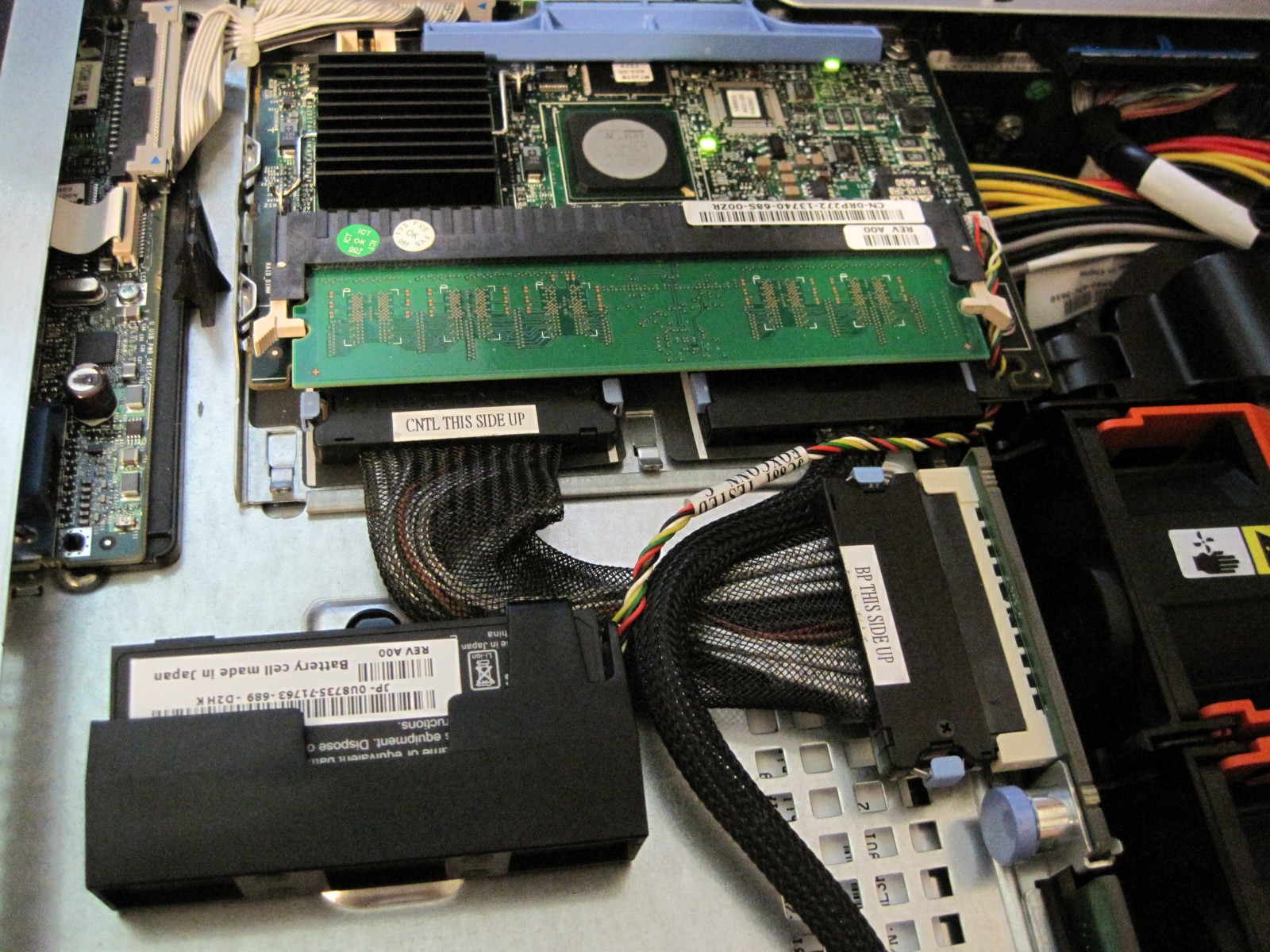 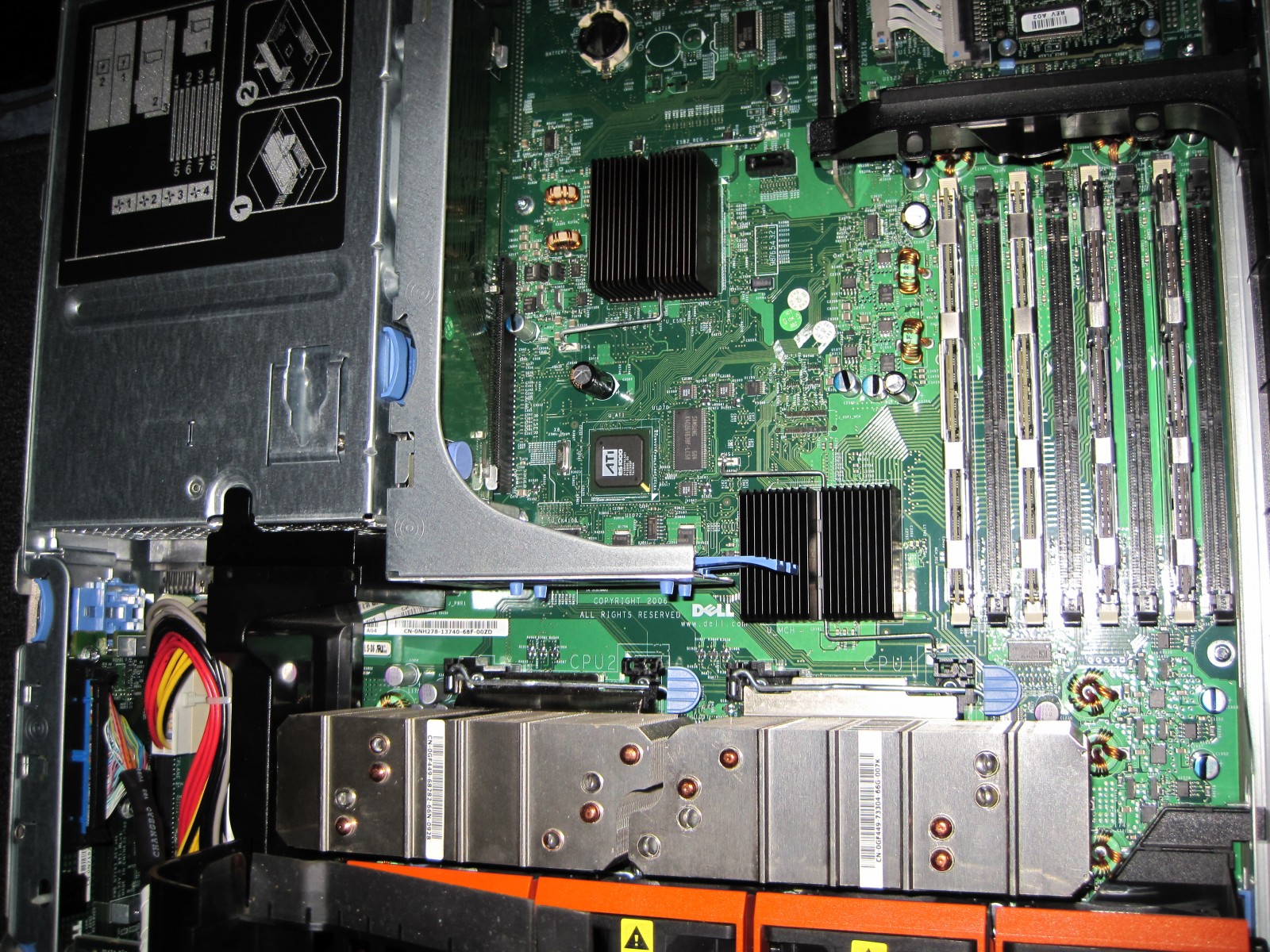